Elia is laying 150-kV high-voltage underground cables between Geel and Herentals. From Monday 4 October to Monday 11 October, Elia restored the road surface in Merenseweg, Haag and Spendijk. The project lasted one week.

Elia has restored the road surface in Merenseweg, Haag and Spendijk, where electricity cables were laid in a trench.

Work began on Monday, 4 October 2021 to re-lay the foundation and bottom layer of asphalt above the trench. Local residents' access to their driveways was at times blocked while the work was in progress. The current traffic rules continue to apply.

During the asphalting work on Monday, 11 October 2021 traffic was not allowed to drive on Merenseweg, Haag and Spendijk. You can use the road again starting at 6 p.m. All homes remained accessible on foot. 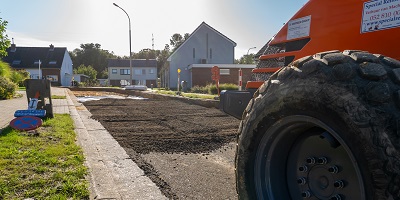