Unique archaeological artefacts in the vicinity of Gasthuishoeven in Morstel

Since April 2020, Elia has been working on a new underground electricity cable (150 kV) between the high-voltage substations in Mortsel and Zurenborg. This power cable replaces the current connection that has reached the end of its service life. An archaeological survey carried out as part of the project revealed some exceptional artifacts from the Roman period.
During the construction of Elia's new underground electricity cables, archaeologists in the vicinity of Gasthuishoeven in Mortsel found a pit with some artifacts from the Roman period. Among other things, a metal drinking cup, a spell goblet and ceramic material were found.

A dish with residue is of interest to archaeologists because the analysis of the residue can reveal what the Romans ate and drank. Since no cremation remains have been found in the pit, archaeologists suspect that it was not a Roman cremation tomb but a ritual deposit. The soil of the pit is sieved further so that even small finds that are not immediately visible are certainly not lost.

The artifacts were placed with a conservation specialist who cleans them and treats them against further weathering. The artifacts will be preserved by the city of Mortsel, which owns the archaeological material. 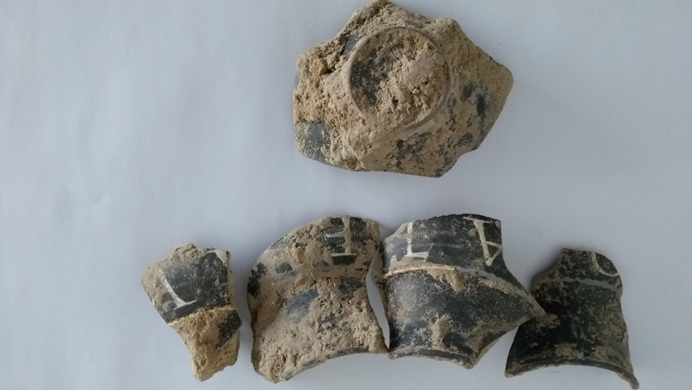