The Modular Offshore Grid (MOG) is Elia’s first offshore project and the first in Belgium to group several offshore wind farms and connect them to the mainland.

On September 10th, His Majesty the King of the Belgians visited the Modular Offshore Grid (MOG), Elia's first power hub in the North Sea.

The switching platform is 40 km off the coast. By the end of 2020, it will combine electricity generated by four offshore wind farms (Rentel, Seastar, Mermaid and Northwester 2) for onward transmis-sion to the mainland. This is more efficient than transmitting the power via individual cables and improves security of supply. 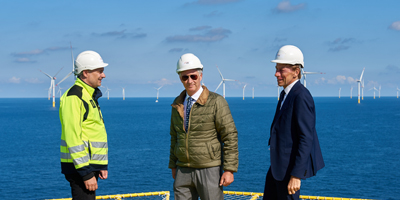 On September 10th, His Majesty the King of the Belgians visited the Modular Offshore Grid (MOG), Elia's first power hub in the North Sea. 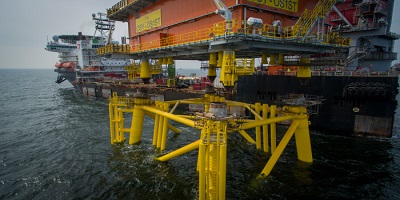 Today, Federal Minister Philippe De Backer and Minister Marie Christine Marghem visited the Modular Offshore Grid (MOG), the switchyard platform in the North Sea that will soon bundle together cables from offshore wind farms and connect them to the mainland.

Contact
omwonenden@elia.be
mobile: Free number: 0800 18 002
This website uses cookies to provide you with an optimal browsing experience. Some cookies are strictly necessary for the operation of this website and cannot be rejected, while others are used for analytical/functional/targeting purposes and can be rejected, except for the cookies used to analyse the traffic. For more information, please consult ourCookie Policy . You can manage/change your cookie preferences at any time. If you do not manage your preferences, only the cookies which are strictly necessary will be accepted.
I accept
I refuse
Cookie preferences