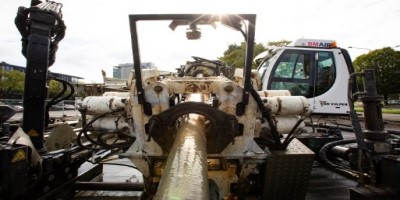 Work in Damme to start earlier than planned

Prior to the coronavirus measures, Elia was planning to begin cable work in your area in mid-October 2020. However, to help mitigate the impact of the coronavirus, work that is critical for accessibility and traffic flow will now be starting earlier than planned. Protecting the health and safety of all staff and of everyone in the surrounding area is our top priority here. As soon as more information is available, we will be in touch again with an updated schedule covering the whole of the works.

Overview of works in Damme

From mid-May 2020, Elia will be carrying out preparatory work on Maalse Steenweg, Vossenberg, Rijckeveldestraat, Zwinstraat, Kerkweg and Meibosweg in Damme. In a number of locations, short open trenches will be dug to install conduits. Elia will then backfill the trenches with soil and reinstate the road surface.

Temporary change in traffic rules on Zwinstraat, Rijckeveldestraat and Vossenberg from 25 May

From 15 June up to and including 30 June 2020, the work area on Kerkweg and at the junction with Meibosweg will only be open to local traffic. During the works, through traffic in both directions will be diverted via Dorpsstraat, Zwinstraat and Zomerstraat-West. These changes will apply until early July 2020.

The contractor and Elia will make every effort to minimise disruption. During the conduit installation work, a small number of residents may be temporarily unable to use their driveways. These residents will be personally informed by the contractor in good time and asked to park their vehicles elsewhere. All homes and businesses will remain accessible on foot. There will be no power outages during the works.