Upgrading of the existing overhead line

Elia plans to replace the overhead line between the Hastière and Pondrôme substations. Originally built in 1967 this line is now reaching the end of its life and must be replaced in order to ensure grid reliability and to continue contributing to security of supply in the region.

The upgraded line will follow the same route as the existing line. The new line will be built to the 110 kV size, which will be the new standard in the region (replacing 70 kV). This will ultimately make it possible  to prevent grid saturation when factoring in the significant development of renewable energies which, by their very nature, are intermittent. Since electricity generated from renewable sources is highly dependent on weather factors outside human control, it is intermittent. 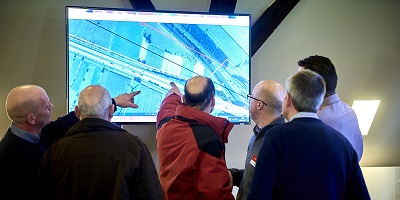 Local residents who would like to get more information about the Hastière-Pondrôme project can meet the project team during one of the three information sessions.

Contact
omwonenden@elia.be
mobile: Free number: 0800 18 002
This website uses cookies to provide you with an optimal browsing experience. Some cookies are strictly necessary for the operation of this website and cannot be rejected, while others are used for analytical/functional/targeting purposes and can be rejected. For more information, please consult ourCookie Policy . You can manage/change your cookie preferences at any time. If you do not manage your preferences, only the cookies which are strictly necessary will be accepted.
I accept
I refuse
Cookie preferences