Its return to the index is evidence of the market's confidence in its growth and strategy.

Elia Group is an active player in electric power transmission, ensuring that generation and consumption are balanced at all times. It operates in Belgium (via Elia) and Germany (via 50Hertz) and supplies 30 million end users with electricity, making it one of the top five transmission system operators in Europe.

Last year, Elia Group invested €337.4 million in its infrastructure in Belgium (and €715.9 million in Germany) in order to guarantee a reliable and sustainable energy system. Over the next five years, the Group’s investments in infrastructure will reach €7.9 billion (€3.2 billion of which will be invested in Belgium) in order to ensure an efficient electricity system and to address the ambitions and challenges the Group will face going forward.

Elia Group is a listed holding company whose core shareholder is the municipal holding company, Publi-T which holds a 44.83% stake. This ensures the Group has strong local anchorage, allowing it to play a pivotal role in the interest of society. The BEL 20 index is made up of those Belgian companies listed on Euronext Brussels which have the largest free-float market capitalisation, whose shares are sufficiently liquid and where at least 15% of staff are employed in Belgium. Its composition is reviewed each year in March. 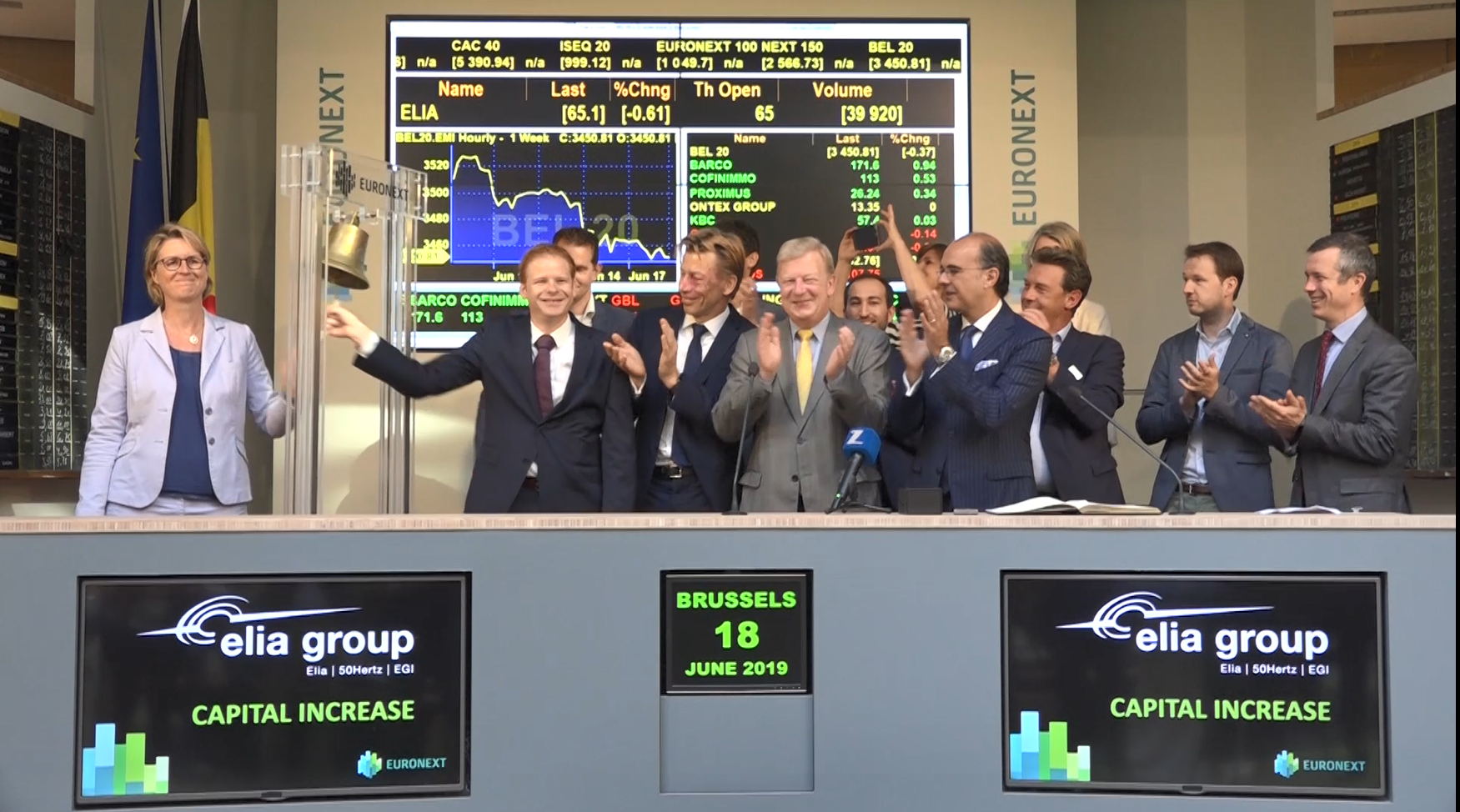 Marleen Vanhecke
Elia Group Head Communication & Reputation
marleen.vanhecke@elia.be
mobile: +32 486 49 01 09
office: +32 2 546 71 32
This website uses cookies to provide you with an optimal browsing experience. Some cookies are strictly necessary for the operation of this website and cannot be rejected, while others are used for analytical/functional/targeting purposes and can be rejected. For more information, please consult ourCookie Policy . You can manage/change your cookie preferences at any time. If you do not manage your preferences, only the cookies which are strictly necessary will be accepted.
I accept
I refuse
Cookie preferences