Construction work on the station building began last April, and the first concrete shells for its side walls have been erected. So far they have reached roughly half their final height.

The building's main concrete envelope will be finished by the end of January 2019. By the end of the year, the four transformers, the station's centrepiece, will arrive by barge as a special delivery. 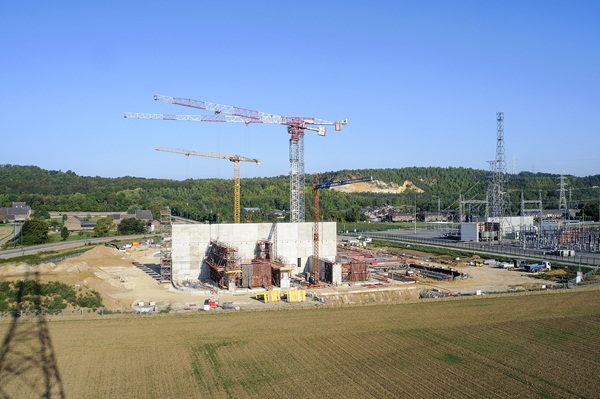 Read more about the project